The 4G services were launched internally on 27 December 2015. The company commercially launched its 4G services on 5 September 2016 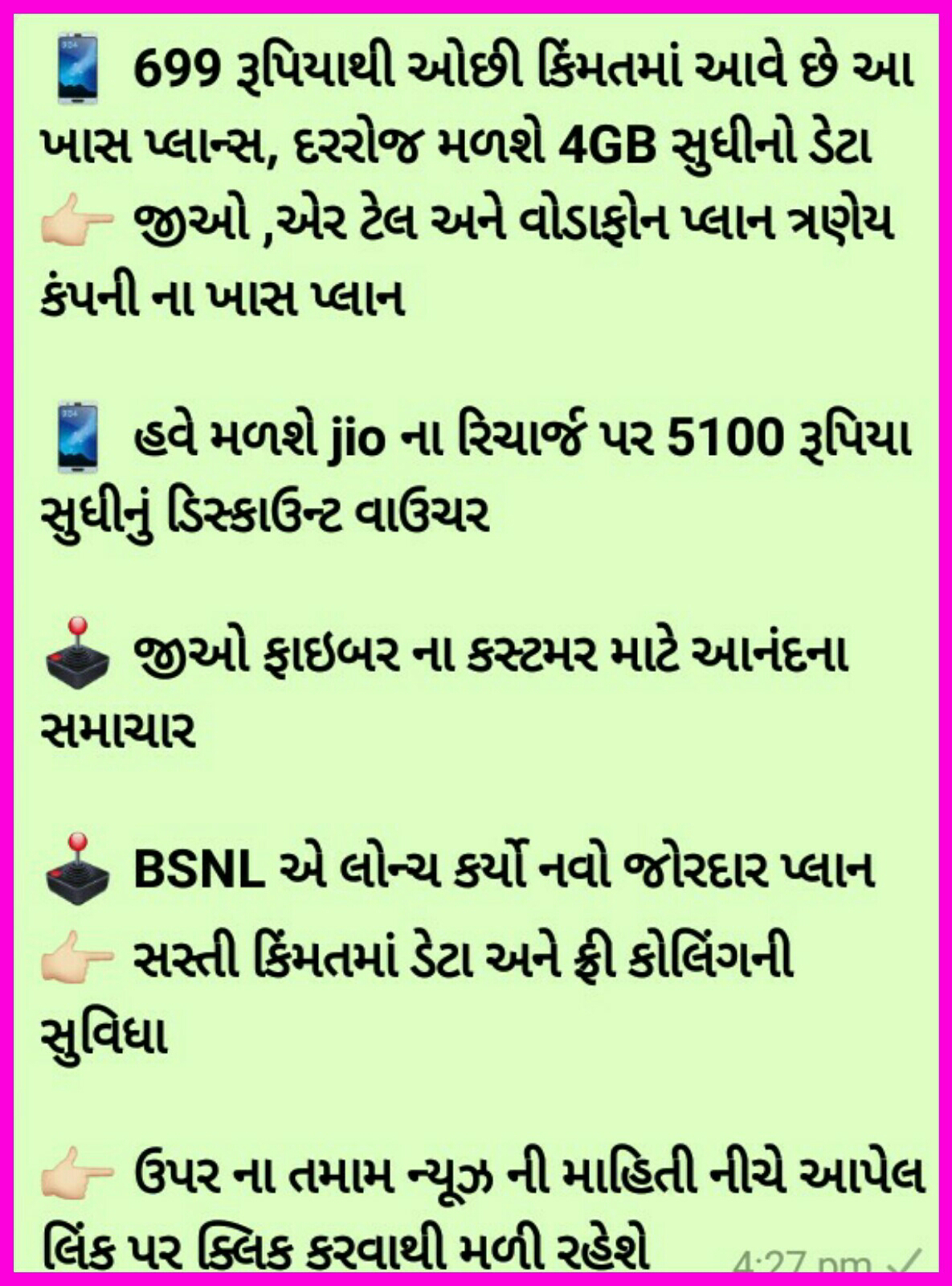 Within the first month, Jio announced that it had acquired 16 million subscribers

Jio crossed 50 million subscriber mark in 83 days since its launch subsequently crossing 100 million subscribers on 22 February 2017
October 2017 it had about 130 million subscribers.
Jio Fiber subscribers will now get free one-year Amazon Prime subscription, in addition to all of the other benefits. The annual subscription fee for Amazon Prime is Rs. 999, but Jio Fiber customers on Gold and above broadband plans will get access to all Amazon Prime benefits for no extra cost. Prime Video that is a key part of Prime benefits alongside Prime Music, is already available as an app on Jio set-top box. Its content catalogue includes originals like Four More Shots Please!, Paatal Lok, The Family Man, Mirzapur, The Boys, among others.Existing Jio Fiber subscribers can activate the annual Amazon Prime subscription by signing into their Amazon account or create a new Amazon account through their Jio Set-top box. They could also activate it by logging in using the MyJio app or Jio.com. Only Jio Fiber Gold, Diamond, Platinum, and Titanium plans get this year-long free subscription benefit. Jio Fiber Silver and Jio Fiber Bronze plans subscribers are not eligible for this offer and they will need to recharge with Jio Fiber Gold to avail the free subscription.Jio Fiber Gold is priced at Rs. 1,299 per month and it currently offers a total of 1,250GB of data per month, thanks to the lockdown double data benefits. If the annual subscription of the plan is availed, then the data benefits go up to 1,750GB. Similarly, the Jio Fiber Diamond plan is priced at Rs. 2,499 per month, the Jio Fiber Platinum plan is priced at Rs. 3,999 per month, and the Jio Fiber Titanium plan is priced at Rs. 8,499 per month. All of these plans offer up to 15,000GB worth of monthly data benefits, given the annual subscription clause is met with. The Platinum and Titanium plans offer up to 1Gbps network speed. All Jio Fiber plans offer free voice calling to anywhere in India as well.Jio Fiber Offering Double Monthly Data to Annual Subscribers: All DetailsRival Airtel also offers annual Amazon Prime subscription with most of its broadband plans. All plans priced above Rs. 999 come with free annual Amazon Prime subscription. The most expensive plan, priced at Rs. 3,999 per month, offers unlimited Internet, up to 1Gbps speed, unlimited local and STD calls, annual Amazon Prime subscription, and free Zee5 Premium subscription as well. JioFiber Set-Top Box Adds Amazon Prime Video Streaming Support Reliance Aims for 2 Crore Jio Fiber Subscribers “Our partnership with Amazon Prime Video opens up a new world of entertainment for Jio Fiber customers, Anshuman Thakur, head of strategy, Jio, said in a statement. “Jio continues to provide an enriched experience to its customers and this tie-up enable Jio Fiber users avail one year of Amazon Prime membership at no extra cost.”Can Netflix force Bollywood to reinvent itself? We discussed this on Orbital, our weekly technology podcast, which you can subscribe to via Apple Podcasts or RSS, download the episode, or just hit the play button below.Affiliate links may be automatically generated - see our ethics statement for details.
Airtel, Vodafone Idea, Reliance Jio change their operating models05 Jun, 2020, 06.37 PM ISTIndustry executives and company officials said that even the sales operations will change, with teams now targeting neighbourhoods instead of long distances to generate business leads. They are also expected to restart talks to lower network costs, with demand surging in an era where social distancing will become the norm.

If you do not want to be bothered to recharge your mobile connection multiple times during a year, then this plan is for you. Priced at Rs 1,498, it offers 24GB of total data along with 3,600 SMS in total ad unlimited calls. Other benefits include a subscription to Wynk Music and Airtel Xstream Premium, free Hellotunes, free online courses at Shaw Academy for 28 days, Rs 150 cashback on FASTag, and Anti-virus for your phone.

Along with the Rs 2,399 plan, Jio provides its customers with 2GB of daily data along with 12,000 FUP calling minutes and 100 SMSes per day. The plan also provides users with complimentary access to Jio’s online apps. It comes with a validity of 365 days.

Under the Rs 449 plan, Vodafone provides customers with a double data offer in select circles. So instead of 2GB of daily data, it comes with 4GB of daily data. It also comes with unlimited calling benefits and 100 daily complimentary SMSes. The plan is bundled with ZEE5 and Vodafone Play subscriptions and comes with a validity of 56 days.

Last month, Vodafone Idea and Bharti Airtel extended the validity of its prepaid plans till April 17, 2020 for customers using feature phones and/ or low-income customers. BSNL announced similar measures. The telcos also credited ₹10 talktime to low-income/ feature phone customers. Reliance Jio, had announced that it will give 100 minutes of calls and SMS free of cost to its JioPhone users. It has also announced that their users’ numbers won’t be suspended, if they don’t recharge their numbers.

Topics AirtelVodafone Mumbai: Private telecom operators Bharti Airtel and Vodafone Idea announced the extension of validity for pre-paid mobiles accounts of low-income customers till 3rd May after Trai scrutiny into the math of validity extension they had previously announced. Reliance Jio has extended a similar initiative for all customers who fail to recharge during this time. Vodafone Idea Limited (VIL), has announced the extension of incoming services for low income feature phone prepaid users till 3rd May when the nationwide lockdown to prevent Covid-19 spread will end. Bharti Airtel announced a similar initiative to allow low income customers to receive incoming calls on their Airtel mobile numbers even after the validity of their plan is exhausted till 3 May. Jio has also launched a JioPOS Lite app to incentivize subscribers to recharge for others and earn commission from it. “Many of these customers have been able to recharge through several channels activated by Airtel including - ATMs, post Offices, grocery stores and chemist shops, in addition to digital channels. However, close to 30 million such customers have still not been able to recharge their pre-paid mobile accounts," said Airtel in a statement. Earlier this week, telecom companies including Jio approached Trai over prepaid recharge patterns, news agency PTI reported. Jio, Airtel, Vodafone Idea sought time till April 20 to submit the data. Earlier, Trai had asked all the telcos to provide data on recharge patterns of prepaid users during the lockdown and other related information. Trai also requested details on number of subscribers who have benefitted from validity extension and talktime credit and number of subscribers who were unable to recharge during the lockdown. Last month, Vodafone Idea and Bharti Airtel extended the validity of its prepaid plans till April 17, 2020 for customers using feature phones and/ or low-income customers. BSNL announced similar measures. The telcos also credited ₹10 talktime to low-income/ feature phone customers. Reliance Jio, had announced that it will give 100 minutes of calls and SMS free of cost to its JioPhone users. It has also announced that their users’ numbers won’t be suspended, if they don’t recharge their numbers. Today, Avneesh Khosla, Marketing Director, Vodafone Idea said, “In order to ensure that consumers stay connected during this extended lock down, we are extending the incoming service validity of 90 mn consumers till May 3rd. This would effectively mean that these consumers can use their phones for receiving incoming calls unhindered." Trai had sent similar letters on April 7 to the telcos Airtel, Jio, Vodafone Idea and MTNL to accelerate the corrective measures in order to ensure uninterrupted services to all prepaid users during the lockdown and sought an immediate compliance report from the telcos. On 9th April, the Cellular Operators Association of India (COAI) noted that to ensure continuity of service to the citizens, who are at the bottom of the pyramid and are not in a position to recharge their prepaid services, member operators had provided extended validity for continuation of their services and talk time benefits to enable them to make essential calls. “The customers who actually required support from the telecom service providers for continuation of their services in the initial period of lockdown are in the range of 80- 100 million whereas our member operators have collectively extended the benefits for continuation of services to around 280-300 million subscribers," wrote COAI. The value of such benefits is more than ₹600 Crore, according to COAI estimates. Therefore, the expectation that the benefit will be extended further, including to all the prepaid customers, who have the means to recharge, is not appropriate. Subscribe to newsletters * Enter a valid email * Thank you for subscribing to our newsletter. Share Via Click here to read the Mint ePaperLivemint.com is now on Telegram. Join Livemint channel in your Telegram and stay updatedTopics AirtelVodafone Close